During solar storms, huge explosions on the surface of the sun send very large amounts of matter into space. Although the Sun is 150 million kilometres away from us, the matter emitted by the Sun is hitting our planet at over 2000 km/sec. Electromagnetic radiation enters the Earth in 8 minutes and the most heavily charged particles of matter in 20 minutes. The most prominent effect of a solar storm is the polar aurora. The Earth's magnetic field protects us from solar storms. Very strong solar storms penetrate the magnetic barrier and cause strong interference to electronic devices. Radio communication in the south of China was broken down in 2011 due to a particularly large solar storm. On March 13, 1989, a magnetic storm led to the shutdown of the power grid in Quebec, Canada following a cascade of security measures. This dysfunction thwarted the use of electricity for 9 hours to 6 million citizens in the region and had enormous economic consequences. The storm was accompanied by a sluggishness far to the south, for example in Texas. The coronal ejection of mass, which was the causative factor in the storm, was perpetuated on March 9, 1989. In August 1989, another storm disrupted the functioning of computers, stopping trade on the Toronto Stock Exchange.

Solar storms have a negative impact on GPS satellites. A distorted GPS signal is misinterpreted by the receiving devices, resulting in an incorrect GPS position of our object. A drone may have trouble "catching" a sufficient number of satellites during a solar storm. The GPS mode may not hold a correct position and the return home may take place in a completely different place than assumed. To illustrate the GPS accuracy during a solar storm, we present the measurement of the drone's fixed position. The data from the GPS is not precise. It is incorrect that the drone is in motion. Its speed is about 10km/h and the distance spread is about 64 meters when it is actually standing still! 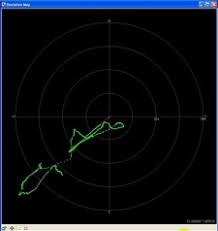 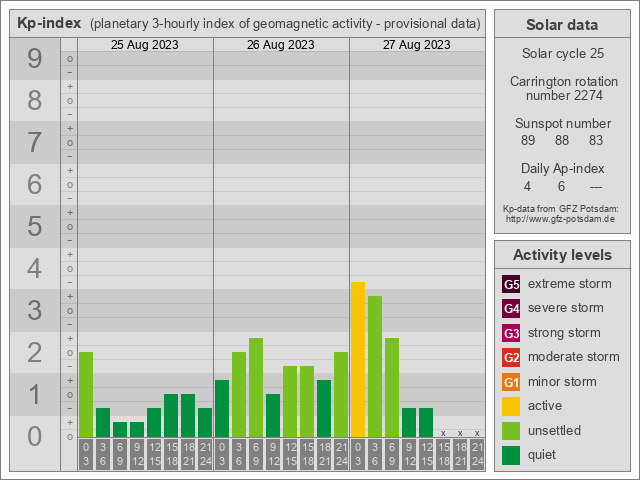 Magnetic disturbance - (click on the image to go to the current preview):